The club was founded in Nov.1st in 1978 at the conference room in Mitsui-Bussan with a name of Kanto Toastmasters Club (No.2320)

40 years passed, on Nov 14, 2018 in NEC Shiba Club House, the 40th’Anniversary meeting was held. The venue was filled with the past club presidents, former members, guests and current members. The party was entirely a fabulous having 27 participants with good foods and talks. Indeed, it was inspiring to listen speeches and table topics from experienced members. And meeting former members was just like a reunion party. For entertainment, Niko music played by TM Kondo, and all enjoyed singing “Furusato” together. The speeches from founding members, TM Shiraishi, TM Kohga, TM Konishi were inspiring and encouraging with some key essences of public speaking.

The speeches from the current offices, TM Arikawa, TM Mikami, TM Kondo were full of fun with the opportunities that they have succeeded. The speeches from the past presidents, TM Sorey, TM Kato, TM Omata, TM Tanabe, TM Ayabe, TM Tsukada, TM Takahashi were insightful to know how their dedications and contributions were paid-off.

Club President Adachi connected all the members and shared the full history of the 40 years club events. Especially, the story about DTM Toru Mori who was the founder of the club and passed away in January 15th, 2018, was so touchy and inspirational to all the members.
His lesson was introduced on the screen: titled “Power rises in Perception” If you think you have a power, you have a power. If you think you don’t, you don’t have it. If you think you have a power and exercise it as Toastmasters, then it will furnish your ability. It gives you a sense of confidence. Confidence is the thing which Toastmasters is all about. Confidence is the real engine which drives people to eminence. Small success you accumulate opens up vast horizon. You have a great opportunity and potential.” Yes, his teachings are always with us. 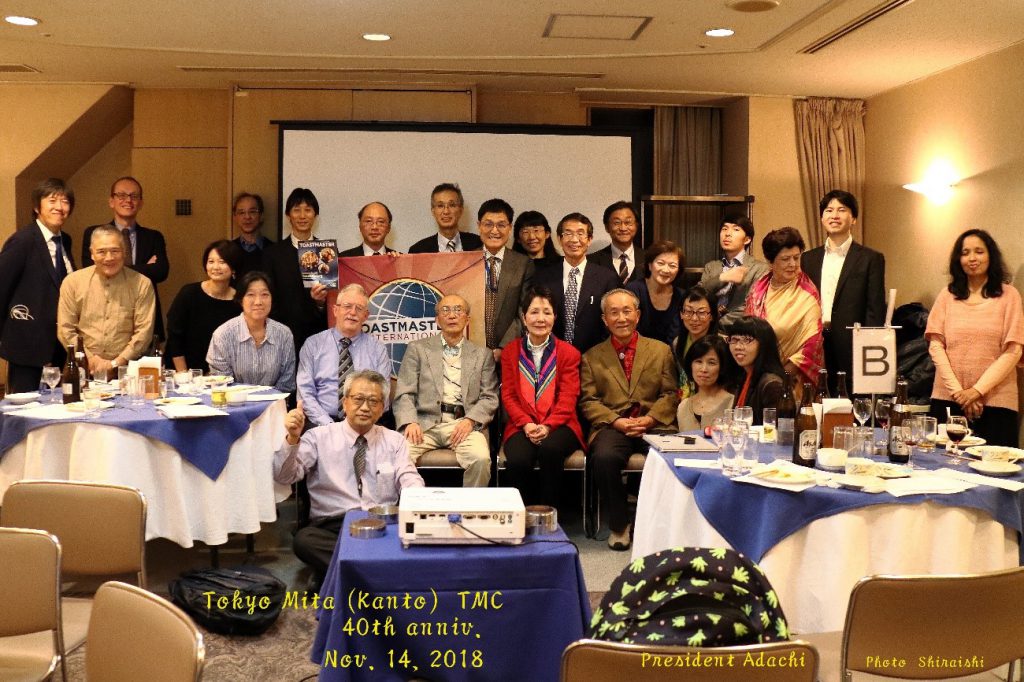 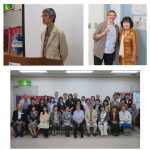 A Kofu Toastmasters’ special event — The Kofu Global Citizen Forum: “Let’s enjoy becoming a global leader!” — was shortlisted for the 500th Anniversary of the Establishment of Kofu, 3rd recruitment of the project by Kofu 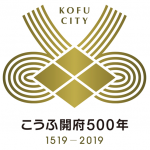