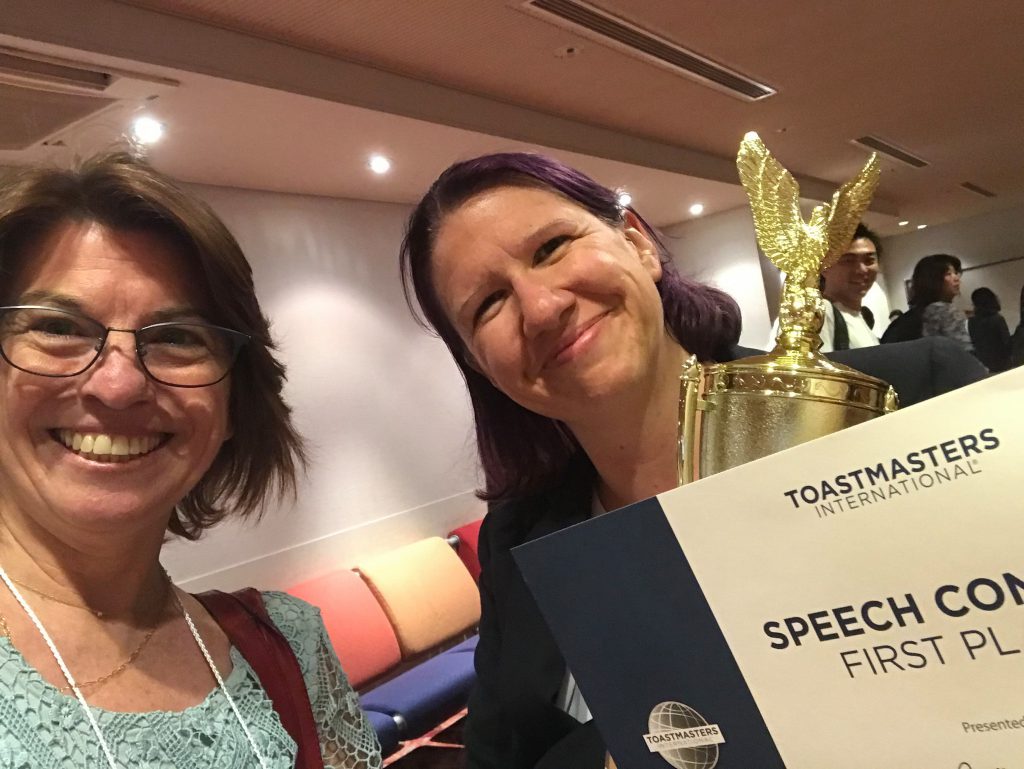 On Sunday May 12th I was privileged to represent Division G and Tokushima Toastmaster`s Club in the International Speech Contest in Funabori, Tokyo.

Before the contest I was feeling nervous. The hall was enormous and there were so many people there. However, everyone was very welcoming and friendly. Toastmasters are some of the friendliest people there are.

The other contestants that day were fantastic. Not only did they make the audience laugh again and again, but they also had important messages to share. I was the last speaker and finally it came to my turn. I felt very nervous, but as I went to the edge of the stage to get the mic attached I thought to myself – how you do in a contest is not important. The most important thing is sharing your message with the audience.

I believed in my message, and knew it was something the audience should hear – because of that I didn’t worry about anything else, and then the nerves all disappeared. So often we focus on winning or losing, on making a flawless speech without any mistakes, but the most important thing is getting your message across. If you can make a difference to one person in the audience in how they feel, or how they think – then your speech has been successful.

I`d like everyone in D76 to challenge themselves to make speeches, share their stories and their messages, and make a difference in other people`s lives.

On May 12th, I was very surprised and pleased to win. This year the video from the District 76 con-test will be entered into a regional quarterfinal and only the winner of that will go to the semi-finals in Denver, Colorado.

I would really like to thank everyone from my clubs – Tokushima Toastmaster`s Club, and Diversity Online Club for all of their support again this year.

I would also like to say thank you to everyone who helped with the D76 Spring Conference – it was obvious that a lot of work went into the conference and I believe it was a great success.

There are no upcoming events at this time.